Update: As of Friday August 9, this event is at capacity! Thank you all for your interest. “Mapping Resistance: The Young Lords in El Barrio” will remain installed throughout East Harlem through September 30. Visit www.mappingresistance.com to learn more about how to do a self-guided tour or book a group tour of your own. 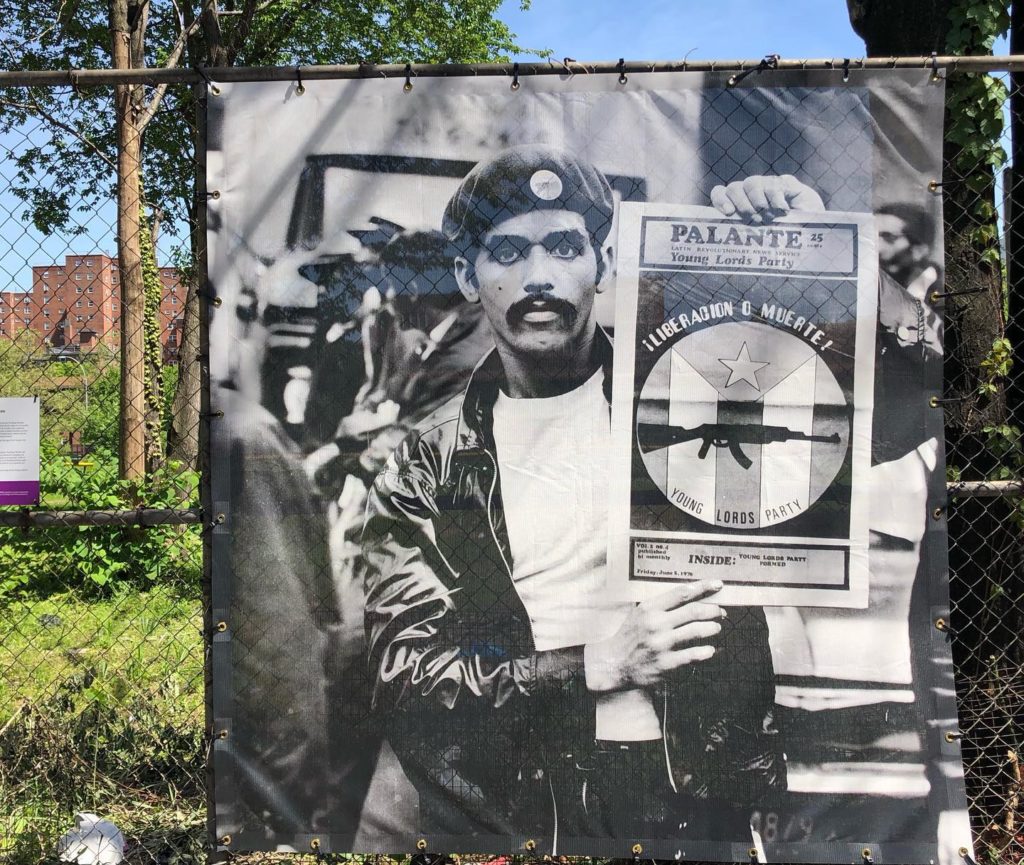 This event is free and open to the public, but space is limited! Please RSVP to rsvp@abladeofgrass.org.

Join us for a walking tour through East Harlem with A Blade of Grass Fellow Miguel Luciano as part of Mapping Resistance: The Young Lords in El Barrio, a public art project exploring the activist history of the Young Lords in East Harlem. The Young Lords were a revolutionary organization of young Puerto Rican activists who organized for social justice in this community during the late 1960s–1970s. They were committed to the liberation of all oppressed people, fighting racism and injustice with an emphasis on issues of health, food, housing and education. Inspired by the Black Panthers, the Young Lords were founded in Chicago in 1968 and formed a New York chapter in East Harlem in 1969.

Mapping Resistance is anchored by the photography of Hiram Maristany, a lifelong resident of East Harlem who was an original member and official photographer of the Young Lords. Historic photographs of activist moments of the Young Lords have been enlarged and installed throughout East Harlem (see map) at the same locations where the events took place fifty years ago. Participate in a walking tour that celebrates and reclaims the activist history of East Harlem at a time when widespread gentrification is threatening to erase it.

**The walking tour is weather dependent. Our rain date is Tuesday, August 27.

Mapping Resistance: Young Lords in El Barrio is supported by A Blade of Grass as part of Miguel Luciano’s project Island/Inland PROMESAS.