Completing a trilogy of works by Jan Cohen-Cruz, Remapping Performance focuses on the work of artists and experts who collaborate across fields to address social issues. The book explores work of a range of artists who employ artistic training, methodologies and mind-sets in their work with experts from other sectors such as medicine and healthcare and from other disciplines, to draw an expanded map of performance platforms including university/community partnerships, neighborhood-bases, and cultural diplomacy. Case studies include ArtSpot Productions/Mondo Bizarro’s Cry You One about climate change in southern Louisiana, incorporating theatrics and organizing; Michael Rohd/Sojourn Theatre’s social and civic practices; Anne Basting’s University of Wisconsin-Milwaukee-based integration of performance and creative aging; and the collaborative cultural diplomacy experiment, smARTpower. Short companion pieces add expertise from Helen Nicholson, Todd London, Julie Thompson Klein, Nancy Cantor, Maria Rosario Jackson, and Penny Von Eschen. Jan Cohen-Cruz ends with suggestions for fully integrating performance in cross-sector initiatives. This latest book by a leading figure in engaged/applied theater and performance builds on its predecessors by offering a future-oriented perspective, a vision of art and performance interacting with a range of social sectors and with an emphasis on HE in such partnerships, and will be a ‘must-read’ for all students and scholars working in this field. (Palgrave Macmillan) 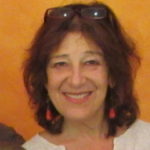 Nancy Cantor is Chancellor of Rutgers University – Newark, a diverse, urban, public research university. A distinguished leader in higher education, she is recognized nationally and internationally as an advocate for re-emphasizing the public mission of colleges and universities, both public and private, viewing them not as a traditional “ivory towers,” but as anchor institutions that collaborate with partners from all sectors of the economy to fulfill higher education’s promise as an engine of discovery, innovation, and social mobility. Pepón Osorio, best known for large-scale installations, was born in Santurce, Puerto Rico, in 1955. He was educated at the Universidad Inter-Americana in Puerto Rico and Herbert H. Lehman College in New York, and received an MA from Columbia University in 1985. Osorio’s pieces, influenced by his experience as a social worker in The Bronx, usually evolve from an interaction with the neighborhoods and people among which he is working. Osorio’s work has been shown at Whitney Museum of American Art, New York; El Museo del Barrio, New York; Smithsonian American Art Museum, Washington, DC; El Museo de Arte de Puerto Rico; and El Museo de Arte Contemporáneo de Puerto Rico.