A Movement Portrait of Renaldo Maurice by LaJuné McMillian

Join us for a large-scale public outdoor performance organized by new media artist, creative technologist, and educator LaJuné McMillian, hosted by Brooklyn Public Library on Grand Army Plaza. The performance, which is the culmination of a digital workshop series organized by A Blade of Grass as part of our ongoing Curriculum for the Future initiative, will showcase work and research from McMillian’s ongoing project Black Movement Library and is curated by independent curator Yvonne Mpwo.

Taking the form of multiple short acts, the evening will feature both live and prerecorded “Movement Portraits,” or 2D video representations of peoples’ movements created using perception neuron motion-capture suits. Artists Roobi Gaskins, Renaldo Maurice, Ntu, Roukijah Rooks, and RaFia Santana will create their “Movement Portraits” live in front of the audience, dancing on the plaza in front of the Library and sending their movement data to be translated into projected visuals in real-time. The evening will also include pre-recorded videos of “Movement Portraits” created by participants in the workshop series earlier this year. During the intermission, the audience will have the opportunity to participate in the creation and archiving of movements collaboratively through sharing their own movements to be projected.

Black Movement Library is an archival project launched by McMillian in 2018 as an online database of motion capture data from Black performers and Black character base models, who are currently misrepresented and underrepresented in existing online databases. It seeks to gather diverse data, making the data pool more accurate and inclusive, while growing community through the use of performances, extended reality (XR) experiences, workshops, conversations, and tool making. McMillian’s six-part digital workshop, titled Understanding, Transforming, and Preserving Movement in Digital Space, took place from late March to late April as part of our Curriculum for the Future series. In the workshop, McMillian invited participants to learn about XR tools and their relationship to race, gender, and culture. McMillian and workshop participants explored issues of cultural representation, erasure, and exploitation through readings and discussions as well as learned about motion capture, avatars, rigging, and 3D environments. In addition to continuing the development of the Black Movement Library archive, the workshop culminated in the creation of the “Movement Portraits” that will be projected outside of Brooklyn Public Library on Grand Army Plaza. 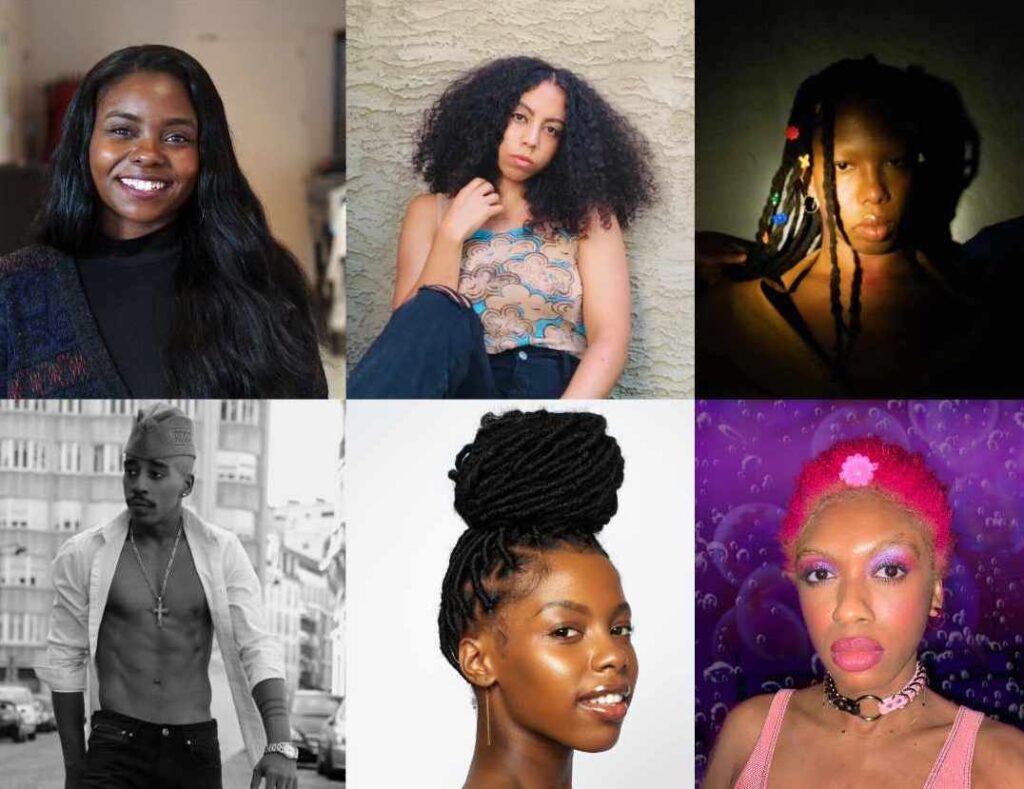 LaJuné McMillian is a Multidisciplinary Artist, and Educator creating art that integrates performance, extended reality, and physical computing to question our current forms of communication. They are passionate about discovering, learning, manifesting, and stewarding spaces for liberated Black Realities and the Black Imagination. LaJuné believes in making by diving into, navigating, critiquing, and breaking systems and technologies that uphold systemic injustices to decommodify our bodies, undo our indoctrination, and make room for different ways of being. LaJuné has had the opportunity to show and speak about their work at Pioneer Works, National Sawdust, Leaders in Software and Art, Creative Tech Week, and Art &amp; Code&#39;s Weird Reality. LaJuné was previously the Director of Skating at Figure Skating in Harlem, where they integrated STEAM and Figure Skating to teach girls of color about movement and technology. They have continued their research on Blackness, movement, and technology during residencies and fellowships at the Jerome Hill Artist Fellowship, Eyebeam, Pioneer Works, Barbarian Group, and Barnard College.

Roobi Gaskins is a NYC based artist, who specializes in dance, choreography, and garment construction.  Although she has always had a passion for dance, she owes her movement genesis, ability, and training to 14 years of competitive figure skating, where she competed internationally as a member of the Puerto Rican national team.  Due to injury, she decided to redirect her career path, and began her formal dance training at Bard College where she received a BA in Dance.  She has performed works with various artists and companies including but not limited to Abby Z and the New Utility (Jacob’s Pillow), Brownbody, 7NMS (Baryshnikov Arts Center), and Trisha Brown (92nd Street Y).

Renaldo Maurice, born and raised in Gary, Indiana; began his dance training with Tony Simpson and is a graduate of Talent Unlimited High School. He attended the Emerson School for Visual and Performing Arts and studied with Larry Brewer and Michael Davis. Renaldo was a scholarship student at The Ailey School, has trained on scholarship at Ballet Chicago and Deeply Rooted Dance Theater, and had an internship at the Martha Graham School of Contemporary Dance. In 2008, he received second place in modern dance from the National Foundation for Advancement in the Arts and received the Dizzy Feet Foundation Scholarship in 2009. In February 2012, Renaldo was honored with the key to the city of Gary, Indiana, his hometown and also named a state representative. Renaldo has incorporated his passion for dance with the need for social responsibility by working as the Co-Artistic Director of the South Shore Dance Alliance back home in Indiana. He was a member of Ailey II for 3 years and has been a member of the Alvin Ailey American Dance Theater Company since 2011.

Ache-filled elegies, knuckle-dragging beats, and ethereal electronics comprise Ntu’s singular brand of R&B, rock, and soul: where the visceral meets the cerebral. The antidisciplinary artist, born to South African immigrants, mastered a range of dance styles while growing up in Virginia. Over a decade’s worth of rigorous performance training honed Ntu’s live experience into a transcendent amalgam of song, dance, theater, and visual splendor unmatched in the contemporary pop landscape. In reverence of the ecological and the Black subject’s dissolution into it, Ntu’s world is poetic and animate, replete with sensual matter.

Roukijah Rooks is an interdisciplinary dance artist and educator. She graduated from the University of the Arts, receiving her BFA in dance with an associate in business. Roukijah is trained in dance styles including but not limited to hip hop, African, ballet, contemporary, and modern dance. She has worked with artists such as Ronald K Brown, Kim Bears-Bailey, Tommie-Waheed Evans, Marguerite Hemmings, and Sidra Bell to name a few. Roukijah has choreographed for dance organizations, National Dance Institute, Bella Ballerina Dance Academy, Arts East New York, El Puente and more. Independently, Roukijah has also choreographed works on herself and other emerging artists, severing the idea of societal norms. Her works have been premiered throughout Philadelphia and New York City in both proscenium and experimental settings.

RaFia Santana is a Brooklyn-born multidisciplinary artist using animated graphics, self portraiture, and music performance to self-soothe, seek pleasure, and crack jokes throughout their experiences with mental illness, chronic fatigue, sensory overload, and everyday racial violence.RaFia uses bright saturated colors and rhythm-centric productions to stimulate energy and attention. She uses hashtags & slogans as both memorization practice and call to action. RaFia constructs looping animations that “breathe” which calms her anxiety and helps her focus. She performs her music against her animations projected onto her body and stage, using singing and rapping lyrics to bring her slogans to life.

RaFia has exhibited their work at the Schomburg Center for Research in Black Culture, MoCADA, Tate Britain, the Museum of the Moving Image, and Times Square. They have been featured in Vogue, Teen Vogue, Paper Magazine, Cultured Magazine, VICE, and other leading publications. They have performed & participated in panels, discussions, and events at Black Portraitures at Harvard University, Pratt Institute’s Department of Digital Arts, Newspace Center for Photography, Afrotectopia at NYU’s Tisch School of the Arts, & MoMA PS1. 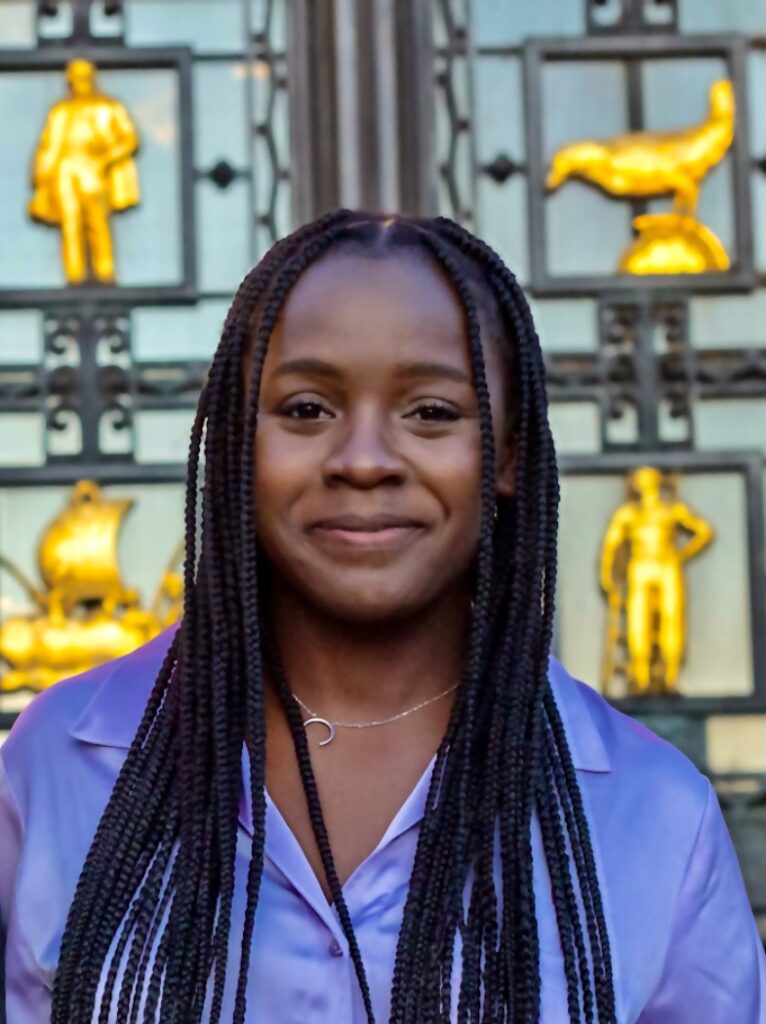 Yvonne Mpwo is a Brooklyn-based artist and independent curator working at the intersection of arts education and social justice. She is also a Co-Founder of the nonprofit Flatbush Commons, a community library and arts incubator. Yvonne graduated from St.Edward’s University, where she earned a Bachelor of Arts degree in Fine Arts.