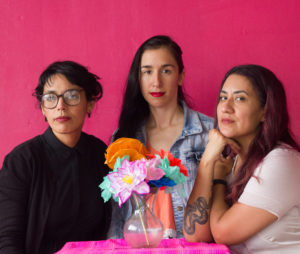 As ABOG Fellows, collective Las Imaginistas will create Hacemos La Ciudad (We Make the City) in Brownsville, Texas; a comprehensive civic reimagining initiative in partnership with professors from University of Texas Rio Grande Valley Center for Mexican American Studies. A yearlong schedule of movement workshops, performances, art installations, and charrettes will consider the mind, heart, hands, and body of Brownsville. The aim of these events will be to examine and question how colonial ideology has informed the existing architecture and infrastructure of the city, and also to offer an opportunity for local residents to imagine a decolonized civic landscape and infrastructure. The project culminates in a Plan de Arte Cívica del Pueblo Entero (Civic Art Plan of the People).

Composed of Celeste De Luna, Nansi Guevara and Christina Patiño Sukhgian Houle, Las Imaginistas are a socially engaged arts collaborative based in the Rio Grande Valley. In addition to being practiced artists De Luna, Houle and Guevara are all experienced educators and activists working in partnership with their community to advance justice and equity in the region. Las Imaginistas prioritize skill sharing, community voice and decolonization of the imagination. Engaging their skills as printmakers, media makers, healers, performers and designers they engage with civic problems at the local, city and state level.

The arts collaborative met while working together on the first NEA Our Town project funded in the Rio Grande Valley (Activating Vacancy Arts Incubator, managed by buildingcommunityWORKSHOP). Las Imaginistas are recipients of a 2017 Artplace America Creative Placemaking for Taller de Permiso. This project centers community cultural wealth and anti-displacement practices while working to decode municipal permitting processes. With residents, activists, planers and educators they are building today towards a co-created, equitable tomorrow. 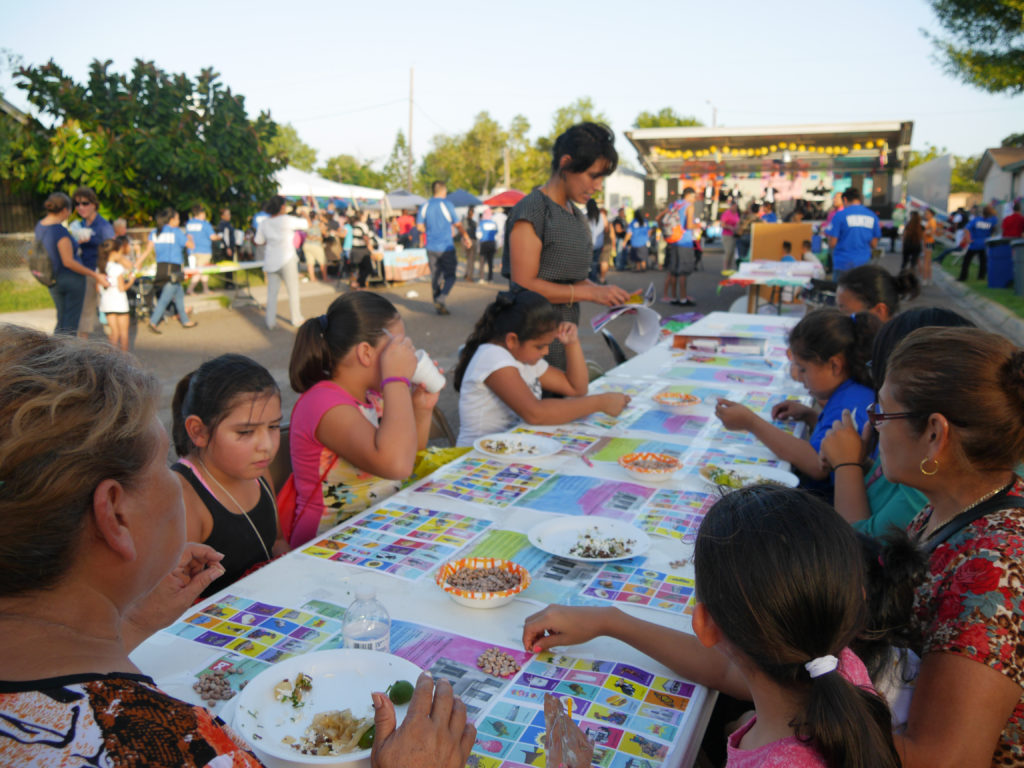 Brownsville Lóteria, 2016. Participants playing Brownsville Lóteria (Mexican Bingo) and making their cards for play. The game substituted iconic Lóteria imagery with images specific to the region, placing a heavy emphasis on civic art. Attendees were also invited to make their own cards by reflecting on the images, places and things that they think define the city. Participant responses ranged from memorable water fountains to their personal living room. Project concept developed as part of Activating Vacancy Arts Incubator in collaboration with buildingcommunityWORKSHOP. Image: buildingcommunityWORKSHOP. 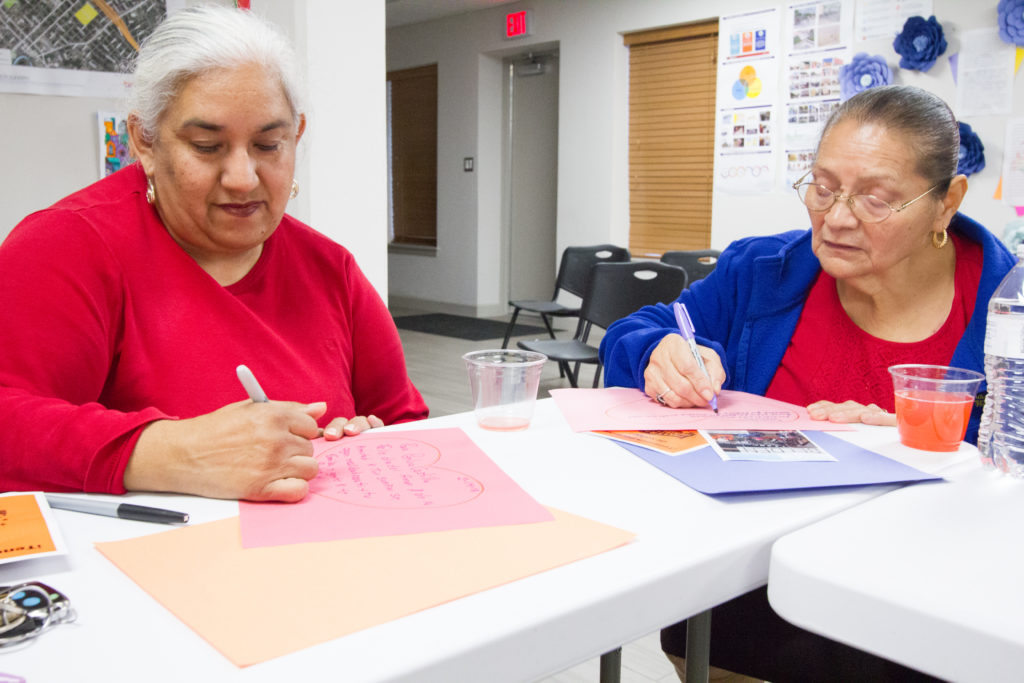 Taller De Permiso Welcome Event, 2018. To begin the project Taller de Permiso, Las Imaginistas met with community leaders who had been formative in developing the project concept and asked for their feedback before program kickoff. Held on Valentine’s day in 2018, the event included numerous activities that provided participants with opportunities to appreciate themselves, their community and their dreams for the future. Produced with the support of ArtPlace America’s National Creative Placemaking Fund. Image: Las Imaginistas. 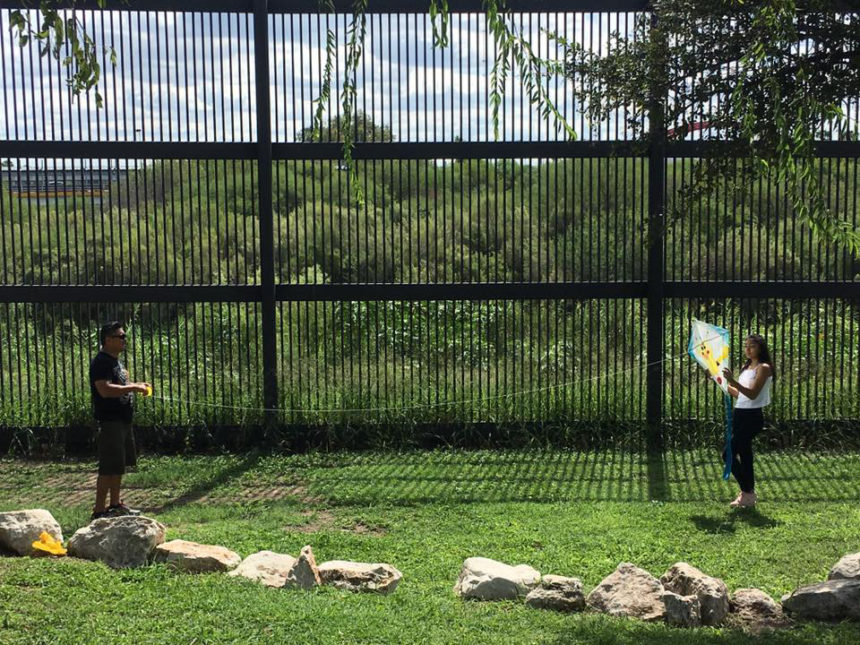 Kites Sin Fronteras, 2016. For this binational event kites were made and flown on both sides of the US/ Mexico border simultaneously. Created Project concept developed as part of Activating Vacancy Arts Incubator in collaboration with buildingcommunityWORKSHOP. Image: Celeste De Luna.

Kites Sin Fronteras, 2016, video still. Documentation of an intergenerational and cultural tradition of making kites from newspaper. IN this video a grandfather and granddaughter work to build a kite together. Project concept developed as part of Activating Vacancy Arts Incubator in collaboration with buildingcommunityWORKSHOP. Image courtesy Christina Patiño Houle and Celeste De Luna. 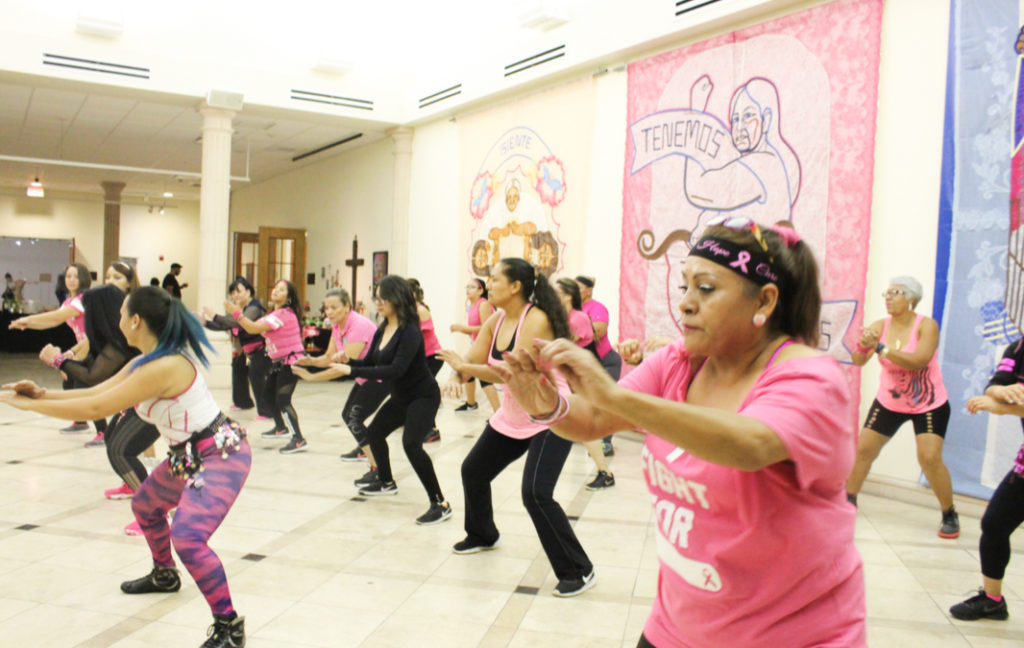 Resistance Resilience and Remembrance, 2017. Women dance in front of two large fabric murals that portray community immigrant rights activists in the Rio Grande Valley. The dance and murals were on view as part of an exhibition commemorating 100 years since La Matanza, when Texas Rangers killed hundreds if not thousands of Mexican Americans in South Texas. Produced in partnership with the Refusing to Forget project. Image: Christina Patiño Houle. 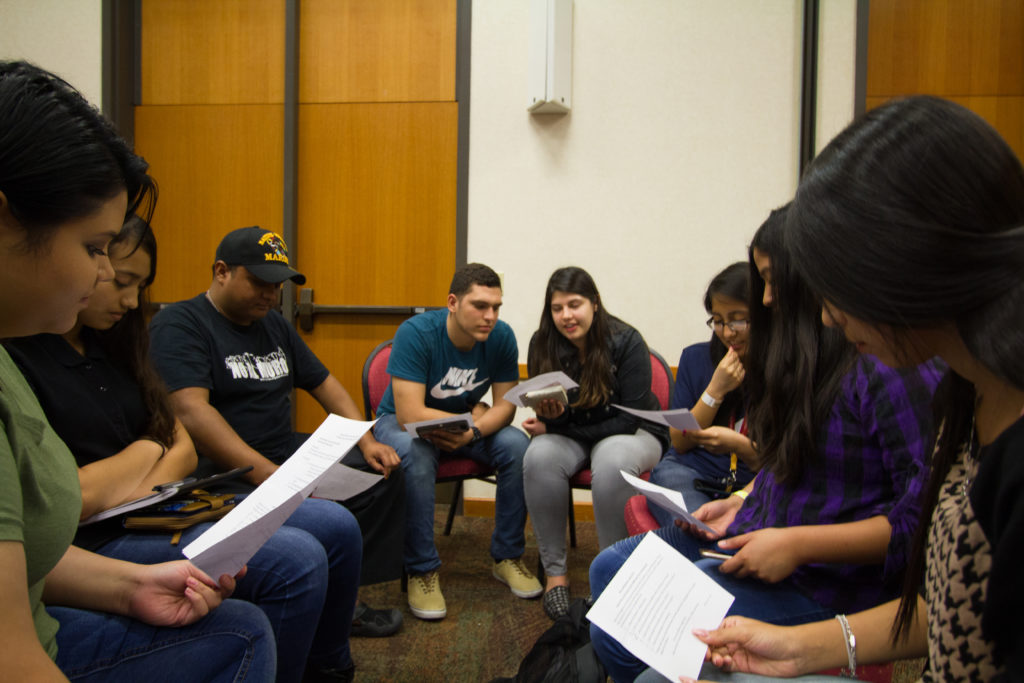 Race and Racism in the RGV, 2018. A lecture series on the history of racism in the Rio Grande Valley and the 1920’s propaganda of the United Daughters of the Confederacy. After the lecture series attendees broke into small discussion groups and voted on what to do with the southernmost confederate monument in the United States, a memorial to Jefferson Davis. Project concept developed as part of Arte Cívico Circle in collaboration with Frontera Progressives. Image: Christina Patiño Houle. 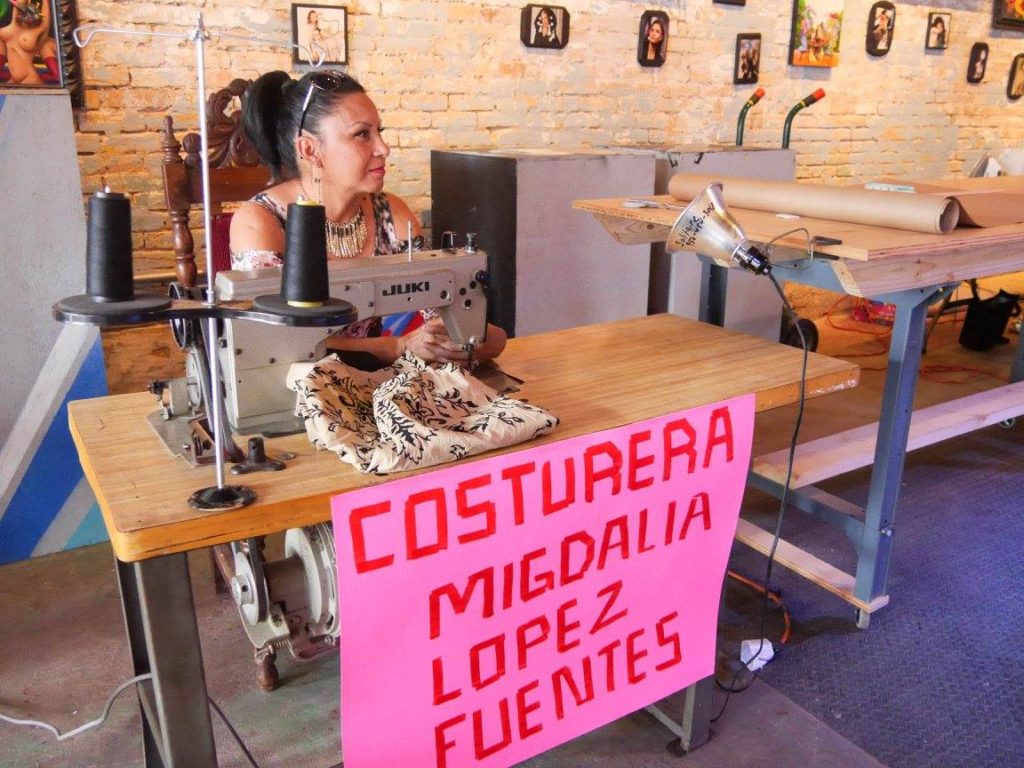 Make Your Own Xingonx (Badass) Outfit, 2016.
Decades ago a Levi manufacturing company closed their warehouse in the Rio Grande Valley leaving many skilled seamstresses unemployed; additionally at the edge of the US/ Mexico border items that do not get sold in used clothing stores get shipped to the border, resorted and packed and then sent to southern countries for resale. This day long workshop partnered the skill and imaginativity of the seamstresses with the resource of used clothing. Attendees could create their own designs and then work in partnership with a seamstress on the spot to perfect their concept. Project developed as part of Activating Vacancy Arts Incubator in collaboration with buildingcommunityWORKSHOP. Image: Christina Patiño Houle. 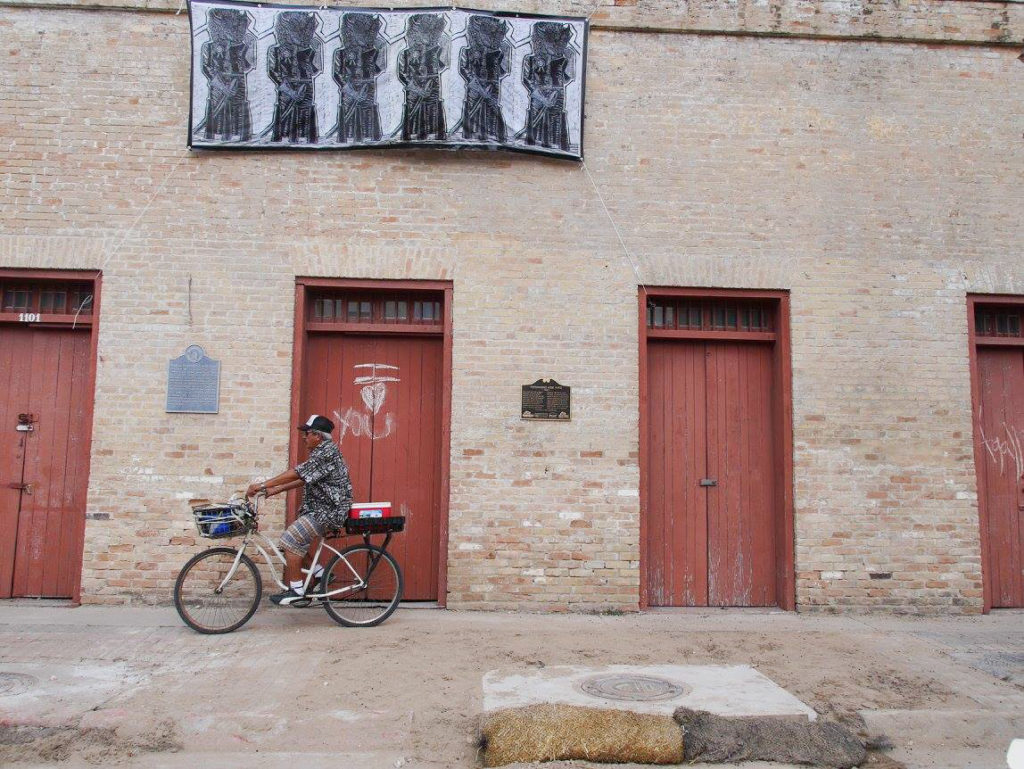 Buffalo Soldiers, 2016. Seen here is a block print of four Buffalo Soldiers in standing with their fists raised. Each wears a pin stating “Black Lives Matter”. Inspired by the 1906 Brownsville Affair in which 167 Buffalo Soldiers were dishonorably discharged after being falsely accused of murder. The print is installed on the side of a historic building in downtown Brownsville, just blocks away from where the Brownsville Affair took place. Project concept developed as part of Activating Vacancy Arts Incubator in collaboration with buildingcommunityWORKSHOP. Image: Christina Patiño Houle. 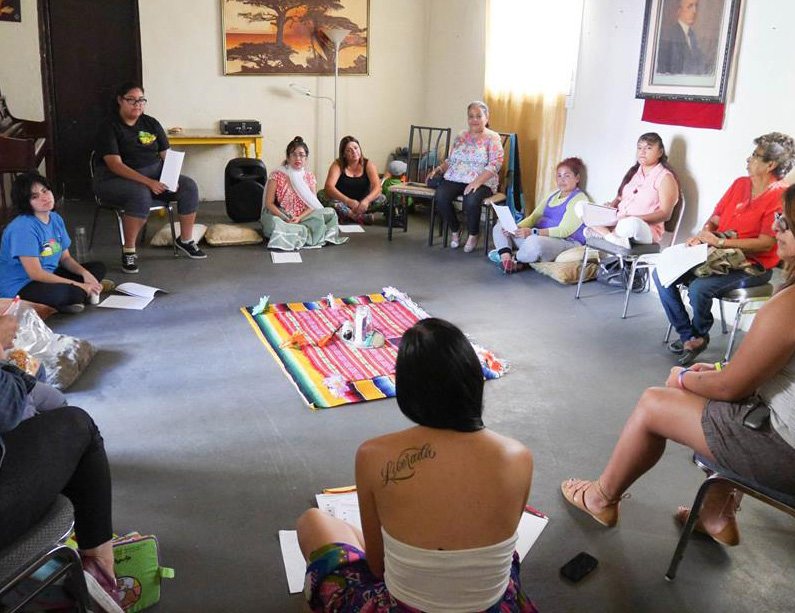 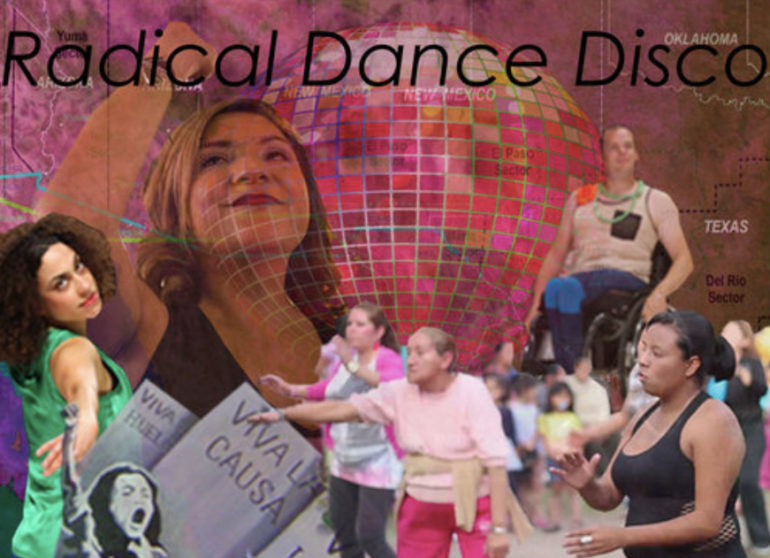 Radical Dance Disco, 2017, Publicity Still. A workshop series and curriculum that guides participants through movement exercises to reimagine how they embody race, gender, sexuality, religion and nationality. The project pays with the concept of spatial citizenship and provides a platform for participants to reimagine how they move through the world outside of prompts meant to intimidate, provoke and restrain. Courtesy the artists.