The Urgency of the Unseen

“Now it is a matter of seizing and admiring a new art, which…opens up to the artist unsuspected possibilities…in the very spectacle of things ignored and silenced.”[1]

In her series of essays for Tropiques magazine collectively titled, The Great Camouflage: Writings of Dissent (1941-45), the Martiniquais poet, writer, and co-founder of the Negritude movement, Suzanne Césaire confronts a wide swath of subjects: colonialism, aesthetics, resistance, identity, camouflage, poetry. Among these extraordinary writings, Césaire takes up art in its many guises, and argues stridently for an art that is urgent, unexpected, and that expresses elements of the unknowable. In doing so, she asserts, art might provide a path to the radical liberation and reinvented freedom for which she advocates in her work.

At the outset of my journey as the Queens Museum’s director, I think of Césaire’s exhortations for this art, and for the intersectionality it implies, and wonder how an institution might best serve this art, the artists who produce it, and its audiences. How the Queens Museum might contribute to urgent discourses of the everyday, of dreams, of liberation and equity. Césaire posits liberation via celebration of that which has been marginalized—the dark, the demanding, the surreal, the difficult to categorize, the ambiguous, the excluded, the camouflaged, the real, the painful, and the anti-colonial. How can I step forward to steward an institution, and simultaneously step back to foreground the methodologies and ideas that will question conventional terms for culture and art, re-create language, decolonize rhetoric, and enable multiple, variedly focused lenses through which we might see the world again? Queens itself is a physical site of diaspora and hybridity, a longtime home to migrants and immigrants to New York City, a geography that is rich in multi-rootedness, and rhizomatic conditions. Therefore, how might we envision the Queens Museum as a site of divergent, complex, specific experiences for both makers and visitors? I will try to map ways the museum can offer more to artists and to audiences who might contend with these circumstances in their lives and through art. How can the Queens Museum be a place that highlights these practices, artworks, and conditions, celebrating them, and in so doing, perhaps achieves a space for Césaire’s particular brand of liberation?

Carol Becker, writer, cultural commentator, and Dean of the School of the Arts at Columbia University, has written eloquently of her own childhood experiences at the Brooklyn Museum:

What I do remember is the freedom the museum represented. It was our place, albeit a grown-up place, within which we could be transported to multiple other realities and moments of cultural history. It made Brooklyn seem huge. It made my life seem huge…I could journey back in history aware of the possibility that I might actually travel forward into such realities in the future…The most important thing for me, then, was that it was our museum to roam in freely, just as we did on our streets.[2]

My desire is that the Queens Museum can function as a space for envisioning other worlds as Becker writes about it; as a site for wonder and co-creation and experimentation; and as a space that not only feels like it belongs to its audiences, but actually does so. While I am profoundly aware that Becker’s or my childhood experiences of museums are inextricably connected to privileges of race, class, and education, can the structures that build these requirements be dismantled to allow for broader participation? What does it take to achieve such a space? For the Queens Museum, with deep histories of engagement and the textures of its physical location embedded in its DNA, the best means to locate possible answers to these questions are in the place itself.

There is a great deal to overcome. The word “museum” is loaded down, not least with its twinned history as a place of wonder for the curiosities held within, and for its exclusion of large portions of the population, financially, socially, racially, politically, and physically. The word “museum,” and perhaps worse, “contemporary art museum,” does not elicit thoughts of easily accessible space. Barriers to entry are very high in the public imaginary. Museums conjure notions of the display of art that are to be revered rather than interacted with, under circumstances that are either over-crowded, over-mediated, or unapproachable. Further, the financial structures that support museums often confer the values and priorities of the wealthiest classes in society to the perceived, and often the actual, exclusion of many visitors.[3] The Queens Museum occupies a rather particular zone in the cultural landscape of New York City, and has spent the better part of its existence in the pursuit of reversing the popular perceptions mentioned above. It is the way the Queens Museum is physically embedded in its site that conveys clues as to how it might operate in some un-museum-like ways. Particularly relevant are the history of the site of the Museum itself, the building’s former uses, as well as the ethos of the borough in which it resides, and its history as an institution profoundly connected with its surrounding audiences.

Topographically, the Museum sits at the edge of Flushing Meadows Corona Park at the foot of the massive Unisphere, one of the most lasting symbols of the 1964 Fair. The park, the second largest in New York City, is a well-used public space, home to innumerable casual soccer games, cricket matches, and family picnics, as well as the U.S. Open and National Tennis Center, the Mets’ home stadium, and sundry cultural spaces. It has the possibility to embody a public-ness, and a possibility for play, as well as to take on the challenges and opportunities posed by the lingering texture of past manifestations of “internationalism” via the World’s Fair and early days of the U.N. The Queens Museum is a public space within a public park. It has a robust history of deep local engagement, particularly via the innovation of including community organizers as permanent members of the staff. And within the next 24 months, it will add a Queens Public Library branch within its walls. As I contemplate the library’s presence, John Cotton Dana’s Progressive ideas and library reform provide some fodder for thinking about public spaces, the educational role of public institutions, and what they have to offer as platforms for ideas that fall outside of the mainstream, as settings for the incubation and exchange of thought and dissent. In Dana’s own words:

The public library…is not an institution in which the accepted canons alone are taught…It is the extension to the humblest of the chance of learning the latest thing that is being taught and said.[4]

Dana advocates most forcefully for “an open, laissez-faire environment of uncensored discourse, an environment in which the freedom to think and speak is guaranteed by law and safeguarded by institutional practices.”[5] And indeed libraries and museums should be at the forefront of institutions embodying such practices, both in administration and in programming. Both of these institutions must be locations for such exchange and experiment. The museum and the library can and should provide both resources (intellectual, financial, educational) and physical space to locate the freedoms that Suzanne Césaire wrote about so passionately. Further, and importantly, they should also “have the wisdom to understand that new forms of discourse might not be immediately evident or even seem threatening to ‘business as usual’.”[6] Participants in Pedro Reyes’s exhibition “pUN” at the Queens Museum read “The Blessing of the Bees,” a poem written by Jesús del Toro. Photo by Ramiro Chavez, courtesy of Queens Museum.

The Queens Museum is a case study for such a space; a flexible institution that learns with and from its audiences, including, importantly, the artists with whom it works. Perhaps the Museum can be so flexible that it functions radically differently at different times, to support artists and communities in ways that they require, as well as supporting artists working with radical methodologies, and those whose work fosters alternative views on our past, present, and future. I think here of radical American pedagogue, activist, and writer bell hooks and her “self-interview” on the impact that reading Paulo Freire, influential Brazilian educator and renowned thinker (1921-1997), had on her thinking. Particularly, I think of her need to engage with “education as the practice of freedom.” She writes of “how difficult the politics of everyday life was for black people in the racially segregated south when so many folks did not read and were so often dependent on racist people to explain, read, and write.”[7] Not only is this very practical need for interpretation one that remains particularly necessary in Queens as a location of multilingualism, but is also a requirement of cultural institutions that wish to enact their politics in their operations as well as in the art they display.

Artists continue to challenge us to see the world in new light and require a multiplicity of creative, structural, financial, and intellectual resources to realize their ideas. Becker writes:

There are now artists who exist within the structure of their multiple identities as sculptors of public space, functioning as community organizers, instigators, interventionists, environmentalists, archivists, curators, and writers. Perhaps more than any notion of interdisciplinarity, there is an expanded notion of art and artists finally large enough to include everything that artists choose to address and all the ways in which their projects are actualized.[8]

It is our great challenge to envision and realize scaffolding that can foster such work.

Further, our global interconnectedness and the conditions of late capitalism loom large in our activities. These realities are felt in Queens particularly keenly. As the most diverse county in the United States where over 138 different languages are spoken, the realities of diaspora are a constant. “Crisis globalization,” a term coined by TJ Demos in The Migrant Image, describes an international condition “divided between the neoliberal claims of free markets and democratic participation, and the politics of economic inequality, statelessness, and military conflicts.”[9] These are global realities, and the ways they are made manifest in our daily lives are the material, in a Césairian sense, that might serve as our most inspiring cultural moments. A town hall meeting at Immigrant Movement International (IMI) in Corona, Queens. IMI was founded in 2011 as a partnership between artist Tania Bruguera and the Queens Museum. Courtesy of ArtSlant.

It is up to institutions like the Queens Museum to enact and reflect the shifting patterns that describe points on the arc of our cultural moment. And just as bell hooks insists that we “open our minds and hearts so that we can know beyond the boundaries of what is acceptable, so that we can think and rethink, so that we can create new visions…enabl[ing] transgressions—a movement against and beyond boundaries,”[10] places like the Queens Museum must create spaces, exhibitions, and programs to question and explore that which has been excluded and disregarded, and for inspiration and beauty in all its manifestations. Within this web, we may find our liberation.

[3] See Carol Becker, “Museums and the Neutralization of Culture: A Response to Adorno” in Thinking in Place. 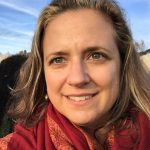