I just wanted to throw in a few thoughts.

Ben Davis says, “An art project needn’t have any measurable immediate positive effect…but needs to avoid having a negative effect.” Nato Thompson responds, “artworks are merely an image of social consciousness perpetuated in order to get the kind of social capital handed out by institutions….”

To me, teasing out when art has a negative effect or when it uses communities: the social, political, etc., for the simple purpose of social or financial capital is one of the most important challenges for the emerging field of SEA. As Thompson says, this is no easy task, mainly because of the diversity of practices and motivations for engaging in such work.

I like to think of my work as “progressive” in that it seeks some form of justice for working class and underserved communities. But I rarely speak of the desired “justice” outcome of the work because it can be seen as risky in a society that has basically dropped the notion of working class justice as a concern. For instance, when receiving Creative Time’s Leonore Annenberg Prize for Social Change, I questioned the use of “change” as opposed to “justice.” My reasoning was that social change is broad and does not indicate a particular quality of change desired.

This appears to be relevant to the conversation about the effect of SEA. Is SEA inherently progressive? Does SEA work aim at some form of justice? Can SEA make such a claim when the field of practice and motivations are so diverse? A Blade of Grass states on its website that “Activism is important to socially engaged art because it is inherent to the principles of this art practice.” Is activism really important to SEA practice? Are artists inherently activists by practicing SEA? I’m sure there are many feelings about this and different approaches. For instance, I know that there are many like myself who consider themselves both artists and activists. Some have no desire to be considered activists because they do work that is socially or community engaged. There are some who may not consider themselves activists, but share the goals of activism, so they try to connect their work to activists or movements.

If SEA seeks the claim of being progressive, how can it hold on to that identity if non-progressive projects access the lion’s share of resources available to SEA work? Images of a car-free Broadway, one of the initiatives led by place making organization Project for Public Spaces.

In recent years, artists whose work engages communities have caught the attention of the “place making” movement. (I say it’s a movement only because there are resources supporting it.) In the best case, it’s because those who are interested in healthy communities are realizing that artists, art and culture can play a vital role in the development of places, and in preserving their identities. The worst case is that developers see opportunities to use the creativity of artists and art as a way to add “vibrancy” to their developments. Using the term “vibrancy” to measure the value or impact of the work is to devalue any criticality of socially engaged work. So, is there a place for critical, socially engaged work in the place making movement? This same question is relevant for SEA. If the SEA movement claims to be progressive, does it have a place at the table of resources for SEA work in general?

If the SEA movement does not seek a progressive identity, and is a field of a wide range of work by artists experimenting in social and community spaces, will it become a field that does not support any ethical responsibility in the work? This question reminds me of a conversation I had with a friend about how the ethical responsibility of working with working class communities differs from the ethical responsibilities of working in the art world. In my opinion, you can bullshit in the art world. In fact, it’s not only allowed but expected on some level. When the bullshit in the art world begins to stink, it’s swept out the door to make room for what’s new. But when the bullshit starts to stink in underserved communities, the artist can move on, while folks in the community have to live with the negative impact. So is it possible for SEA to not adopt an ethical agenda?

Read more from Growing Dialogue: What is the Effectiveness of Socially Engaged Art?

“The Ethically Neutral Dilemma of SEA” by Nato Thompson – October 23, 2013 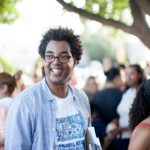