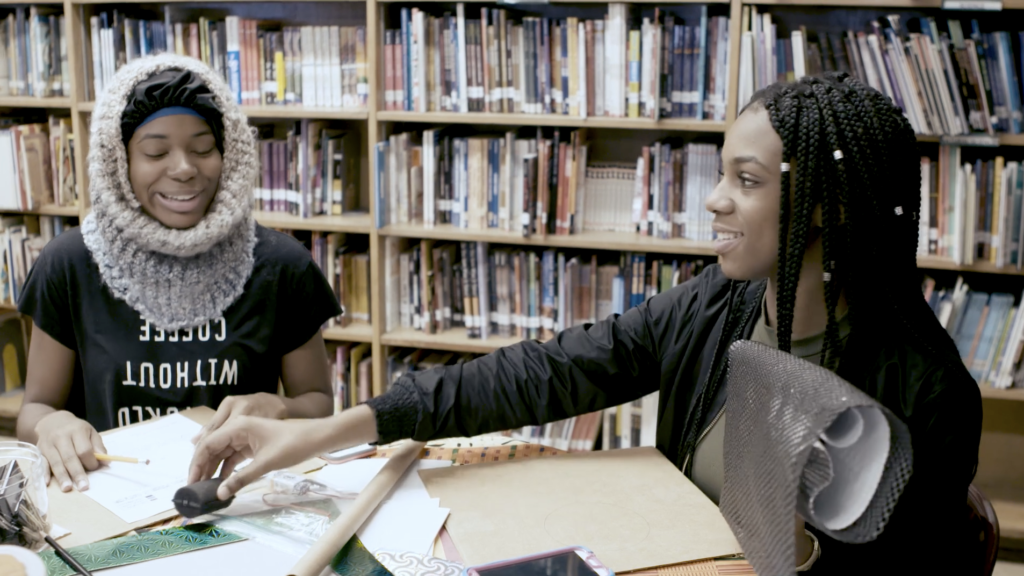 Brooklyn-based graphic designer and artist Mitchell Johnson has been devoting his graphic design expertise and facilitating radical art workshops for youth of color at The Black School. Created by ABOG Fellow Joseph Cuillier, the project is “an experimental art school to educate students to become radical agents of change.” Based at the Boys and Girls High School in Bedford-Stuyvesant, Johnson is among a group of artists leading workshops that actively connect history, radical black theory, and art practice. He recently shared his experience collaborating with The Black School project with A Blade of Grass.

A Blade of Grass (ABOG): What brought you to participate in The Black School? What is your role in the project?

Mitchell Johnson (MJ): My peers and friends Joseph Cuillier and Shani Peters first presented The Black School’s goals and curriculum in Spring 2016. My role in the initial project launch was to create dynamic visuals based on assignments created for the students, morals of the program, and media layouts for The Black School events. We also created the uniforms and booklets for the project, which is about enlightenment of social justice through art in a classroom setting.

ABOG: What sorts of workshops have you facilitated? Who participated? What happened in them that you may not have anticipated?

MJ: I facilitated the Boys and Girls High School portion of the project as a designer and teaching assistant. That project featured photographer and set designer Tiffany Smith working with the students. I also participated in the Harlem Village Academy session featuring artist Tatyana Fazlalizadeh and the Bronx-based Kelly Street Collaborative. I worked in collaboration with Joseph during the interim phases of each project to design their structure and to connect the projects together to create a collage of ideas. We also worked to support the students in creating portfolios of their work. The process itself became a passage of design and radical education for me.

ABOG: What impact has the project had on you? How does it impact the participating students and communities?

MJ: The project has given me an admiration and service for educating bright youth, specifically youth from areas similar to the areas I grew up in. Children of color have so much inspiration to display and expound in the world. The Black School program helped me and the students to effectively convey their knowledge from their environment and culture.

MJ: The project is art, and also about art encompassing how the youth feel about themselves and their awareness of the environment around them. I believe that art is really about self-expression, and how that relates to others around you.

ABOG: What has been a highlight of participating for you so far?

MJ: The highlight of participating in the Black School has been interacting with students that have a keen sense of creating classic and powerful art and design. Each student has their own take on how they perceive their surroundings and how that adjusts to issues of government, equality, and self-awareness. From a designer’s view, it was grounding to create each visual with the students from the ground up. The patterns used, logo identities, and posters made also created new volumes of work for each individual student to take forward. 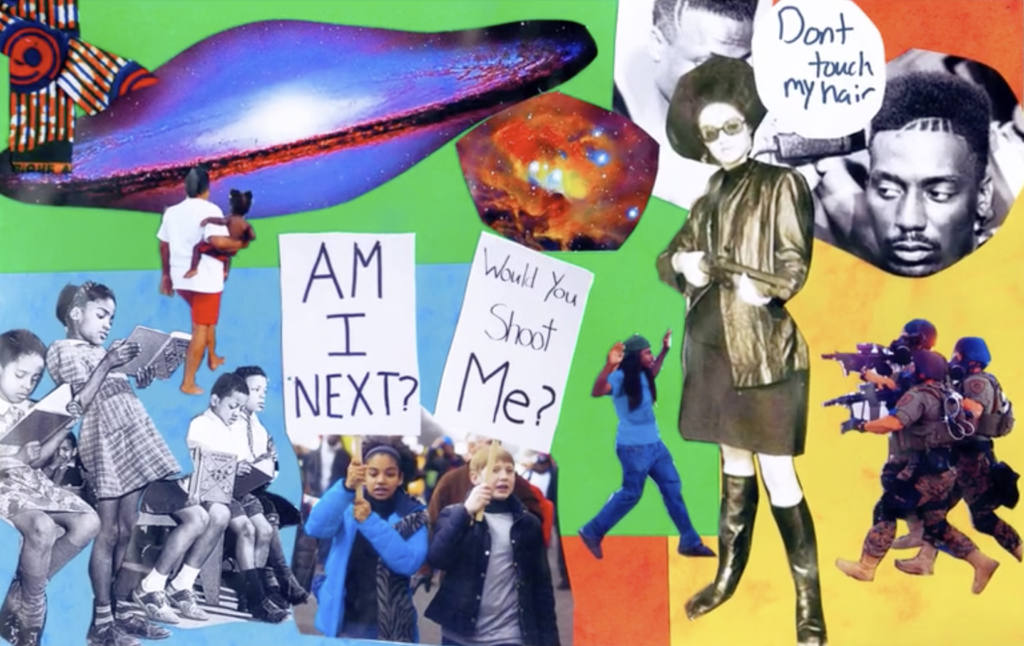 ABOG: Is there anything else about the project and your engagement with it that ABOG audiences should know?

MJ: To me, the project is more than just a couple of individual semesters, but will continue to live on generations after its conception. It will become an educational system and movement bigger than any regular learning institution.

Mitchell Johnson is a Brooklyn based graphic designer and multidisciplinary artist that takes a nostalgic approach to Black activist and pop culture figures and uses this as his edifice. He holds a B.A. from Prairie View A&M University.